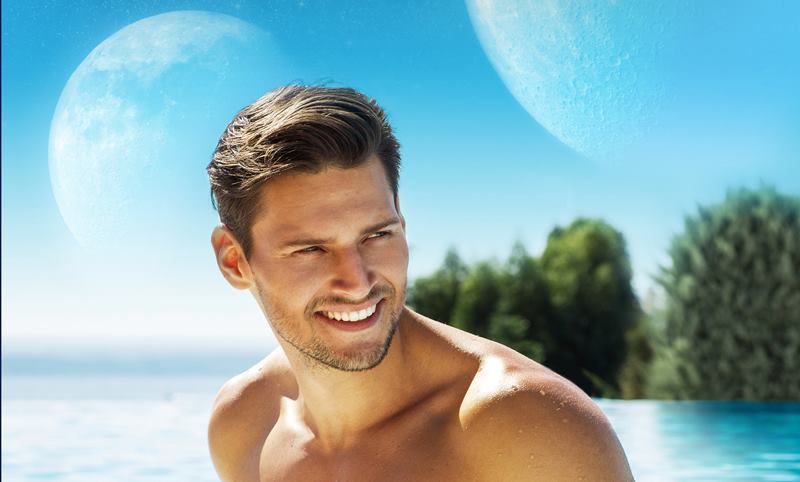 I thought it’d be fun to show you the evolution of Shipmates’ cover!

Since this is my first novella, I knew that I wanted its cover to be unique- to stand out from my novels’ covers. I liked the idea of the background being on a planet (as opposed to being in space, like so many of my others), and having a link to the ocean, which predominates the story.

This is the very first one Cindy sent me: 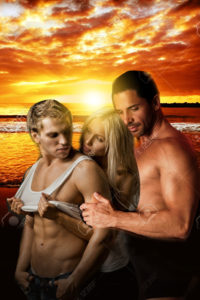 I hated to tell her, but I wasn’t a fan. We decided to scrap it entirely, and begin again.

Cindy went on the hunt for images that were suitable: people at the beach, or onboard a sailboat. These were the next three she sent: 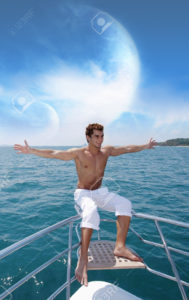 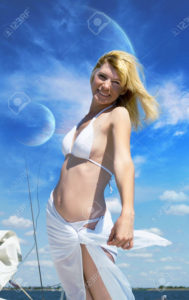 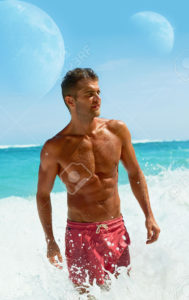 I liked the third one, but when I showed them to my family, my 9-year old daughter told me, “It looks like he’s walking in milk.” She wasn’t wrong. <sigh> So I took matters into my own hands, determined to find an attractive man walking through waves.

Who knew how hard that would be?! After hours of scrolling through page after page of images, I sent Cindy this one: 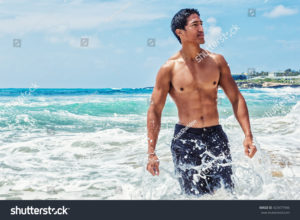 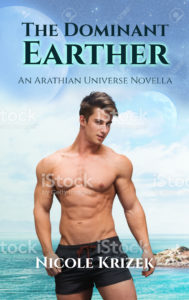 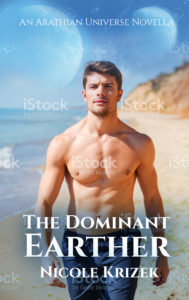 In the meantime she’d sent me these:

(You can tell that we were spit-balling names at this point.)

I liked the second one, but I really felt like there was something else out there that would work even better.

I kept searching, and ended up finding this model: 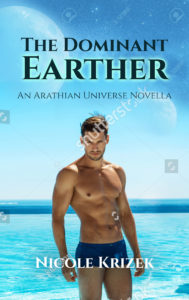 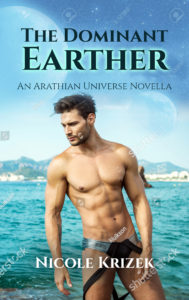 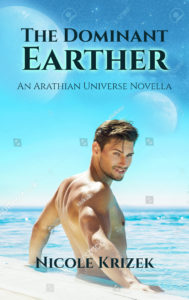 He had lots of images to choose from! The dilemma now was to find the image that most personified Ian. 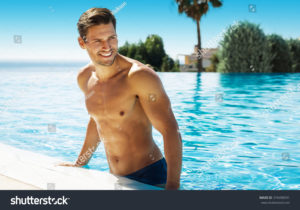 The image felt the most like Ian: his expression is friendly, I liked the laid-back posture, and I loved the brightness of the photo.

A plus side was that it would require very little Photoshopping! I knew Cindy would appreciate that after I’d pushed her limits on the last three projects! All it needed was to have the building removed, and a couple other super-minor changes.

Background: you can’t have an image without a background! I really liked Cindy’s concept of the double-moons she sent in the beginning, so we went with that. 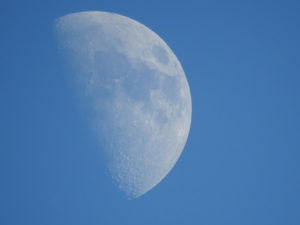 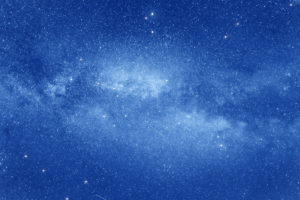 Shipmates’ background is a combination of these two images.

I know that looks like a lot of steps, but in truth, this cover was MUCH more painless than my others. It didn’t require Photoshopping miracles, like many of my others. 🙂

I hope that you like the finished concept! If you do, leave a comment and let me know!