This is the 2nd edition of Alien Rescue—COMPLETELY rewritten and re-recorded!

Without the ability to reproduce on their own, the Arathians have been facing extinction. A decade later, they’d had their first sign of hope: Earthers could mate with them and bear Arathian-mixed babies.

Ambassador Rexvan fights for his people in his own way: at negotiation tables. Now onboard the Adastra with Kor, Ty, and Lacy, Rex must convince the Grays to allow them to take Earthers to their homeworld so that they can find mates, and hopefully, create the next generation of Arathians.

He’s determined to succeed; the future of his race is hanging in the balance.

Once a life-saving surgeon, Maggie Walsh of Earth is dying from cancer. With only days left, a handsome stranger gives her a choice: stay on Earth and die from her illness, or be cured and live in space… “Easiest. Decision. Ever.”

Rescuing Maggie was supposed to be the first step in finding her an Arathian mate, but Rex doesn’t want to relinquish her to another male… He wants her for himself.

Written as the 2nd book in the Arathian Series, it can also be read as a stand-alone novel.

This series has adventure, great plots, endearing characters and smokin’ HOT romance.
Kindle Customer
Great series should be able to be read alone, yet keep you in touch and updated with the previous characters. This romance offers both. Nicole offers a new vision into the alien romance arena. Her heroines are able to maintain a professional profile while falling for the hero who supports her in her role. In addition, the medical science was accurately reflected within her writing. I am looking forward to reading more of this series from this refreshingly new author.
Kindle Customer
I read part 1 of this series and enjoyed Ty, Kor and Lacy’s story, but I like part 2 even better. I don’t want to give away too much, but the plots with the airplane and the Earth-like planet were unexpected any showcased the author’s superb story telling. The main characters, Maggie and Rex, were those you root for as their love story unfolded. As a nurse, I liked reading about the alien medical advances. Can’t wait for part 3!
Kindle Customer

This is a scene I intended to include right after the bandits attack for the first time and Juan is injured while trying to protect others. I ended up rewriting the bandit scene and then couldn’t find the perfect place to include this one. I like this one in particular because it explains the history of homosexuality on Aeonas. I’m excited to now have it online for you all to read!

­­­­­­­­­­­­­­Rex arrived back at the doctors’ home and found Juan sitting up and conversing with Maggie, another Earther male was at Juan’s side, holding his hand. It was a sight that Rex had seen several times around camp, and although it was familiar for Arathian males to show affection for one other, he had heard from Maggie that homosexuality wasn’t as common on Earth.

Maggie turned and smiled at him as he walked to her side. “Rex, you’ve already met Juan, but this is his partner, Marco.” Rex leaned over Juan’s bed and shook the other male’s hand.

“It is very nice to meet you, and I’m glad to see that you’re looking much better.” Rex said as he patted Juan on the shoulder.

“Yes, thank goodness your medical supplies arrived just when I needed them!” Juan joked. “Bandits sure picked a hell of a time to attack.”

Marco brushed Juan’s hair out of his face. “Did Mayor Strickland say why he thought they attacked?” Marco asked. “It’s been months since we’ve seen any sight of them, why tonight?”

“He didn’t know.” Rex answered. “He says that he’s going to go talk to them to ensure it doesn’t happen again.”

“You’re going to go with him, right?” Maggie asked.

“No, the Mayor said that his relationship with the bandits is tenuous at best, and my presence may cause them to flee.”

Rex still didn’t like that he wasn’t going to be present at the negotiations. It was what he had been doing for years now, what he had trained to do. He was one of the best ambassadors Arath had, so to be left out of talks with the bandits didn’t sit right with him. Perhaps it was his ego that was hurt, and the Mayor had good reason to worry.

“Mayor Strickland knows what he’s talking about.” Henry said from his chair. “He’s been dealing with those marauders for years now. Before him, they were attacking every few days. If he says he’ll talk to them, you can bet he will.”

Marjory chimed in from the neighboring chair. “He’s a good man. Really cares about all of us and tries his best to see that we’re taken care of, unlike other leaders we’ve had. He volunteered for the role of mayor when no one else wanted it. We don’t have a large pool of people to choose from as it is. ”

Juan and Marco nodded from the table; seemed like the Mayor was at least respected. He was probably a decent leader, trying his best. Henry was right, it wasn’t like they had a lot of people to choose from. There were only 232 colonists total, and that number included the elderly and children of varying ages.

“Did all of the children crash here?” Rex asked.

“Only one or two.” Henry replied. “Most of them were born here; delivered each of them myself, with Marjory’s help, of course. Some couples crashed here together, others grew up here as children and eventually married.” He chuckled. “Lots of men vying for each woman, you can bet. It was like a feeding frenzy! Must be what it was like in the Wild West; dozens of men for every woman. We do things a little different here than back on Earth.”

Henry shifted uncomfortably in his chair and cleared his throat before continuing. “Years ago, the people here used to criminate homosexual behavior.”

That piqued Rex’s interest. “Really? What happened to change that?”

“It was different times back then, but we had a horrible accident about fifty years ago involving a young couple, so now we encourage queers.”

“The accepted term is homosexual, bisexual, or gay.” She told Henry and had to remind herself that people here changed at a different rate than back on Earth. What was becoming taboo on one planet, wouldn’t necessarily bother another one. Maggie blushed, thinking about how the Arathians mated in groups. She wondered how Henry would take that news, especially if he was slightly uncomfortable with men pairing with men.

“Huh, well whatever you call it, the man in charge fifty years ago, encouraged the men in his crew to form pair bonds with one another, so the pressure would be taken off the women.”

“What happened?” Maggie asked. “What was the horrible accident that made everything change?”

“We don’t like to talk about it.” Marjory said from her chair at Henry’s side. “It was horrible.”

Henry patted her hand in comfort. “They have the right to know, Marjory, since they’re here with us now.” He faced Maggie and Rex.

“In the early 1900’s the only people on this planet were a few men that had been onboard the USS Cyclops, and about two-hundred crewmen from the Nereus. They didn’t have houses back then, so they lived onboard their ships.”

Maggie stopped him. “Wait, they lived on those huge ships out in the water?” She pointed in the direction of the corroded hulls.

“Yes they did, and you can imagine what living in such close quarters with one another was like, no privacy at all and no companionship. Some men turned to each other for comfort and to extinguish their more basic urges. The Captain of the Nereus, who was the leader back then, found out about the relationships that were forming, and since it was incriminating back on Earth in those days, he penalized the behavior.”

“He turned homosexuality into a crime?” Rex asked.

Maggie couldn’t imagine what he thought of that. Arathians had always had a 3:1 ratio of men to women, so they had mated in groups of 3 or 4 for generations. It was second nature to them. To hear about how loving a member of the same sex was punishable by law, it probably sounded abhorrent to him.

“The Captain was a very religious man, so he had his reasons for banning it, I suppose. Anyway, that went on for several years until a sailboat crashed here with a young married couple onboard. The men were so excited to see a woman, that in their exuberance, they turned into a mob and attacked the couple. The husband was killed trying to protect them and the woman ended up being raped.”

Henry had to stop, obviously upset. “Horrible incident.” He shook his head as if that could erase the bad history. “After they came to their senses and realized what they had done, the men blamed the Captain for denying them companionship for so long, and found a new leader. He was a wealthy businessman whose yacht crashed here around that same time. He encouraged the men to… ah… find companionship with one another, knowing that eventually another woman would crash here.”

“Did it work?” Maggie asked.

“Not completely, but it helped. Lots of men are as straight as an arrow and they have it the hardest, but there are lots of couples throughout the camp. It gave the men a sense of family, and comfort. Since then the women that come here are treated well. Men still vie for their attention, but they’re not ambushed like before.”

Maggie thought to the fight for LBGT rights that was going on back on Earth at that moment and thought that the people on Aeonas were probably more accepting than the people back home. But for these people, there wasn’t another option. 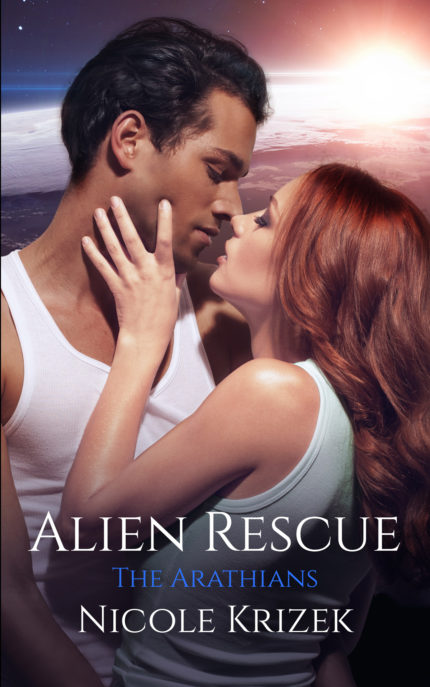