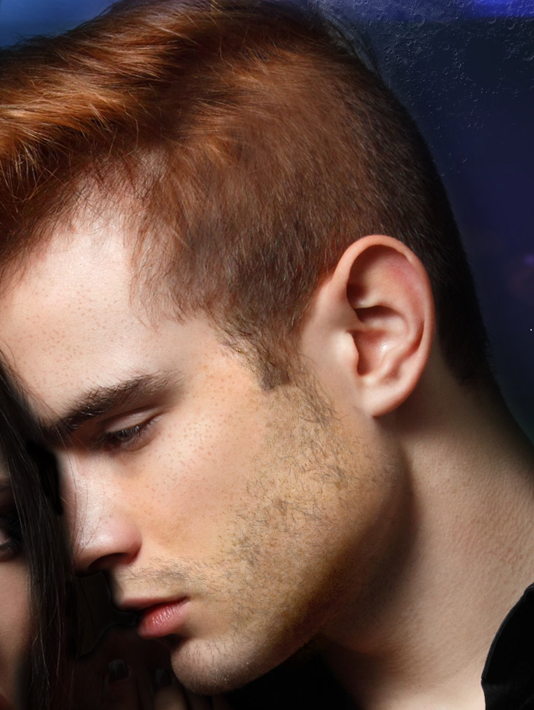 Conall MacLeod was the most obstinate, stubborn, mule-of-a-man I’ve ever written. (I say this with great love for him!) He fought me every step of the way!. Some days I just threw up my hands and walked away from the computer. No character had ever done that to me before. No one had ever challenged my carefully laid out plot, like Conall MacLeod.

I know that sounds strange; maybe you’ve never heard an author talk about their characters in such a manner, but I’ve never had a character quite like Conall.

When I was writing Unearthed (the novel previous to Alien Revelation) I didn’t see Conall as my next main character. He was a good addition to Ashlyn’s story, a critical secondary character, but I didn’t think too far beyond that. It wasn’t until Unearthed was released and I began to hear from people that they really hoped that Conall found love again, that I began to think of him as a potential main character for a book. When I sat down to write Unearthed’s bonus content, I wrote the first couple hundred words from Ashlyn’s perspective. But something felt wrong. I erased what I’d written, and rewrote it from Conall’s perspective.

I didn’t expect what happened next.

I fell in love with the man. While writing those several thousand words, I realized that I wanted him and Oliver to move to Arath (something I hadn’t made up my mind about at that point), and I wanted him to find his happily ever after. Once I realized that, I knew that his story was going to be my next book.

I felt happy and optimistic, but I also knew that his story was going to be a challenge. He’s my first character who’d been previously married, the first to have a child, and my first who believed in his heart that he was heterosexual. The last ended up being my greatest hurdle.

I understood when I matched him with 2 people—one of whom was a male!—that Conall was going to have a rough road. I just didn’t realize how difficult it was going to be to get him where I needed him to go.

There was one scene in particular where he dug in his heels and refused to move forward in the story. I wrote about it in another blog post because it was a very frustrating moment for me. Finally, I realized that I’d been treating him with kid-gloves; I’d been too worried about him being “okay” with what was happening around him. I finally just pushed him forward (or as I like to think of it: gave him a swift kick in the pants!). I had him jump in with both feet, and do you know what happened? He loved it! I’d like to think that if he were a real person and able to talk to me, he’d thank me.

I just finished writing the bonus content for Alien Revelation, and am incredibly pleased with what Conall’s future holds. He and Oliver are going to be just fine, and that makes my heart happy.