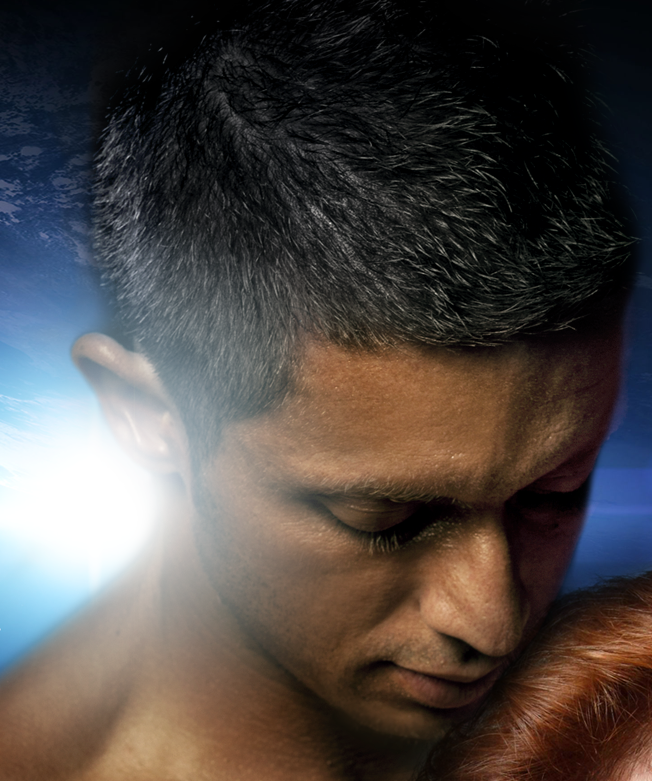 Brogan’s character is one that I’d had in the back of my mind for a long time now. I wrote notes on his character at least 1.5 years ago, and was very excited to make him come to life in Alien Revelation!

In my mind I pictured a big male, broad, tall, and strong, who works as a Royal Guard on Arath. I saw him as being very protective, dedicated, and a little rough around the edges. He was going to be no-nonsense and a bit demanding.

He laughed at my careful planning, and threw me for a loop.

Before I begin writing a novel, I always have a good sense of what my characters are like; their strengths, weaknesses, backgrounds, and flaws, are all planned out before I begin typing. But Brogan didn’t adhere to my careful plans. I’ve never had a character change their traits so much as Brogan did.

He ended up having far more patience than I ever pictured him having, and takes immense care with Conall as he struggles with his own inward conflict. Conall needed that—he needed a male who wouldn’t demand that he acknowledge his bisexuality. Brogan’s understanding, patience, and compassion is what allowed Conall to realize his feelings, and what gave him the courage to act on them.

I didn’t realize before writing his blog post how different Brogan’s character ended up being from what I had initially intended. He’s still a big, protective, sexy-as-hell male, but his gentler nature is what made this story possible. I love his character, and I hope that readers see that you don’t have to be a stereotypical “alpha” to protect a family and bring them together.