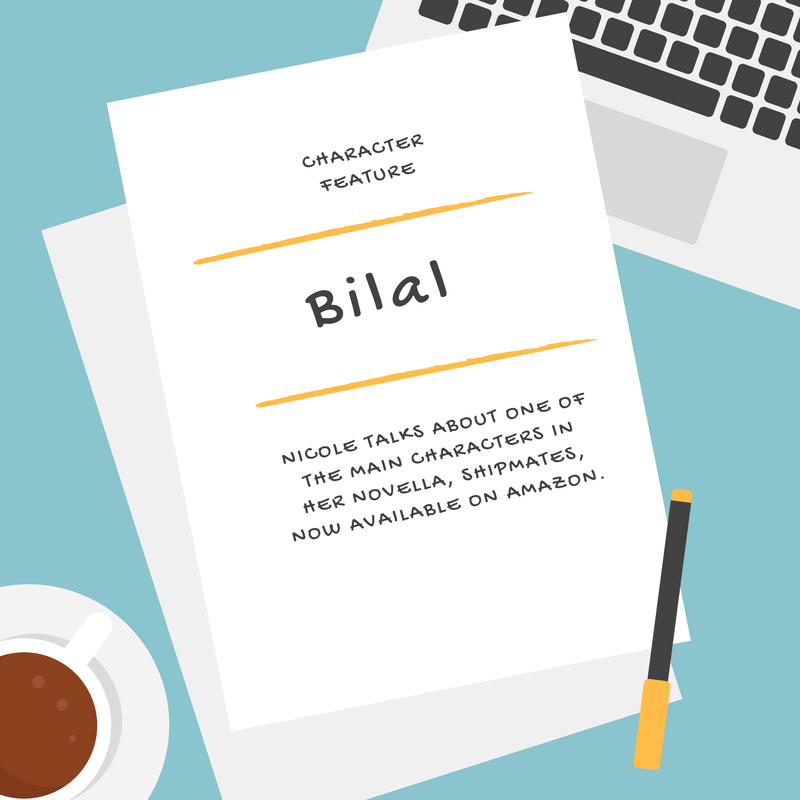 Bilal has been a security officer in the Arathian Defense his entire adult life. He held a high position on the Adastra (the science vessel that saved an Earther plane from the vacuum of space), but volunteered to stay on the planet of Aeonas to help the Earthers; the race that may someday save his own from extinction.

He believes that there’s no better way to serve his people, than to protect the race who might give the Arathians a chance at curing their infertility. He didn’t expect to like the otherworlders so much.

On the colony, he’s second-in-command under Mayor Rex, but has had a difficult time letting go of his professionalism. He still wears a version of his uniform, still bows and addresses Rex formally… but he likes his life on the colony. Especially when he begins working on the freedivers’ boat alongside Ian, an Earther male who’s a great temptation.

Adjustments are hard, but Bilal knows that Ian and Lauren will be worth the effort.

The challenge is keeping them once his time on Aeonas ends, and he’s sent back into active duty with the Arathian Defense. It’s hard to maintain a relationship when he might be thousands of light years away on a ship, or assigned to a space station.

Go or stay? It’s a question all three of them are going to have to find an answer for.