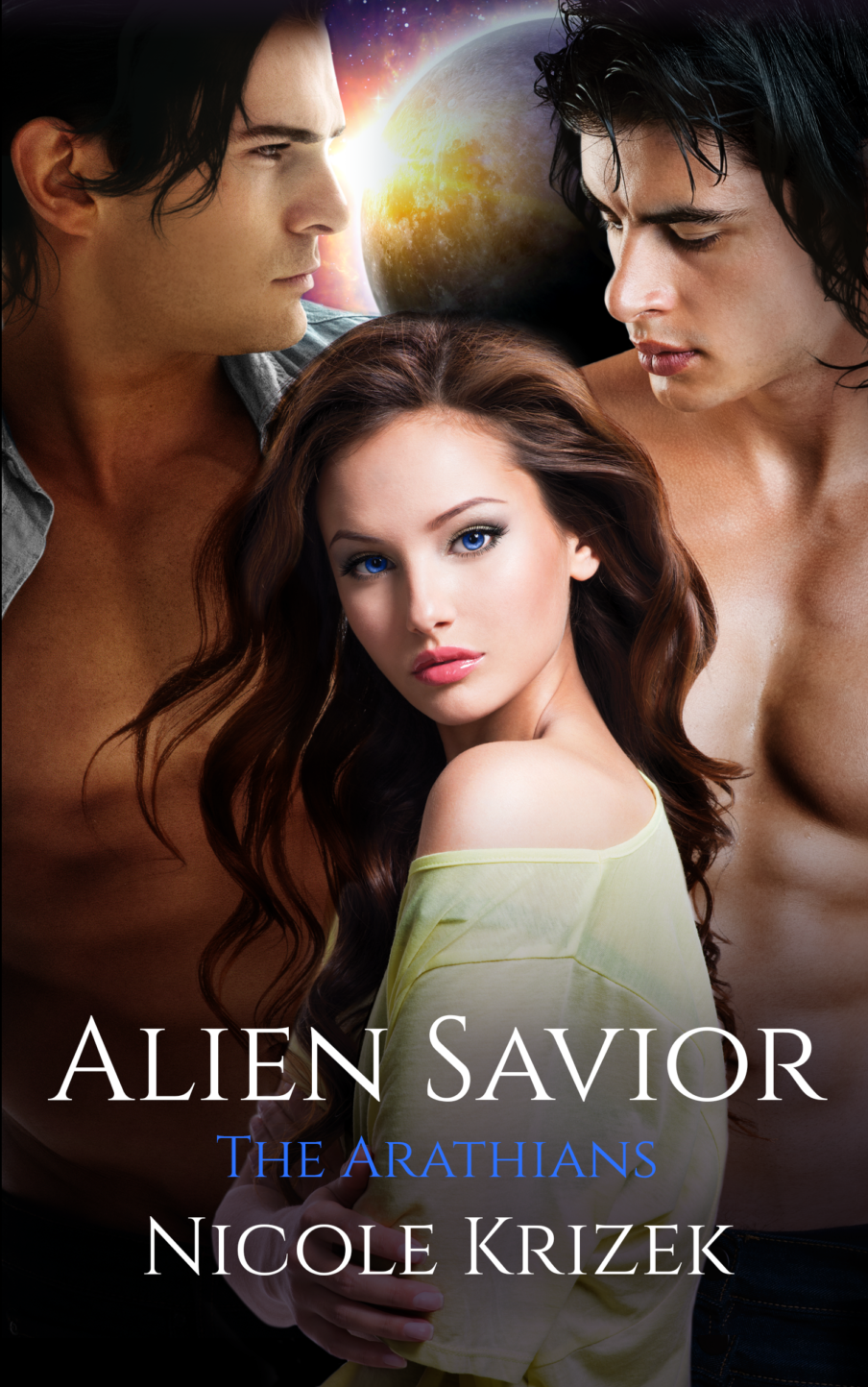 Today is the launch of Alien Savior’s new edition! It’s been several months in the making, and I’m exceedingly happy with it! Plus, for the first time, a book of mine is releasing in all formats on the same day: ebook, paperback, and audiobook! YA!

The main question everyone has is: “Why rewrite an entire book?”

There are several reasons I chose to rewrite Alien Savior.

—The main reason is that I’ve been unhappy with the book for several years. Alien Savior is my very first novel; I self-published it in 2013, and I have grown as an author by leaps and bounds since then. Just like with any new job, you get better at it with time and practice. When I thought about A.Savior, it was with a mixture of pride (it was my first novel after all), and with an inward cringe. My writing had gotten SO much better in the years since, and I wanted A.Savior to be as good as my other books.

—A.Savior is the first novel in the Arathian Series, I needed to make sure it was a good representation of my other books… and it wasn’t.

—Aside from the (in my opinion) below-average writing, there were a few plot issues that I felt needed to be addressed.

1- Kor and Ty ask Lacy to be their mate too early in the story. To fix this, I moved some scenes around and rewrote one to two completely. Now it feels more natural. They still mate quicker than in my other novels, but A. Savior is also still my shortest novel… so there’s that. 🙂
2- The last scene has always bothered me. When the Adastra is about to be destroyed by the Lazools, Kor, Ty, and Lacy just stand immobile in the Command Center watching it unfold. The more I thought about it, the more I realized that this was completely contradictory to Kor’s character. He would NEVER stand staring at his consoles while his mates and crew were about to all be killed. So, I rewrote the entire scene.

—The last reason I chose to rewrite A.Savior is that I moved this summer from Italy to Alabama in 5 short weeks, and I didn’t have the brain power to write an entirely new novel.
At the beginning of the year, it was my goal to write a novella over the summer (or maybe 2) then begin my next full-length novel and have it release in June of 2019. The military screwed with those plans. It was the worst move we’ve ever had! I was barely holding myself and my family together, much less able to devote brainpower to writing an entirely new novel.
Some may say that I took the easy way out and rewrote an old novel, and they’d sort of be right. I chose to update A.Savior because I knew that I couldn’t do a new story justice. I couldn’t dedicate myself like my readers deserve, so I chose to work on something that I knew I could accomplish. Plus, it was something I’d been wanting to do for years.

Overall I’m extremely happy with how Alien Savior’s new edition came out! I fixed glaring problems, it got an entirely new cover, and Lessa Lamb recorded its new audiobook. She’s now recorded 5 of my 6 books… I guess that means that Alien Rescue needs to be my next project!

If you guys read Alien Savior’s new edition, let me know what you think! I’d love to hear if you’re as happy with it as I am. 🙂

Do you want a bonus scene from Alien Savior? Sign up for my Newsletter on my website www.Nicole Krizek.com and I’ll send you the link in December 2019’s email!