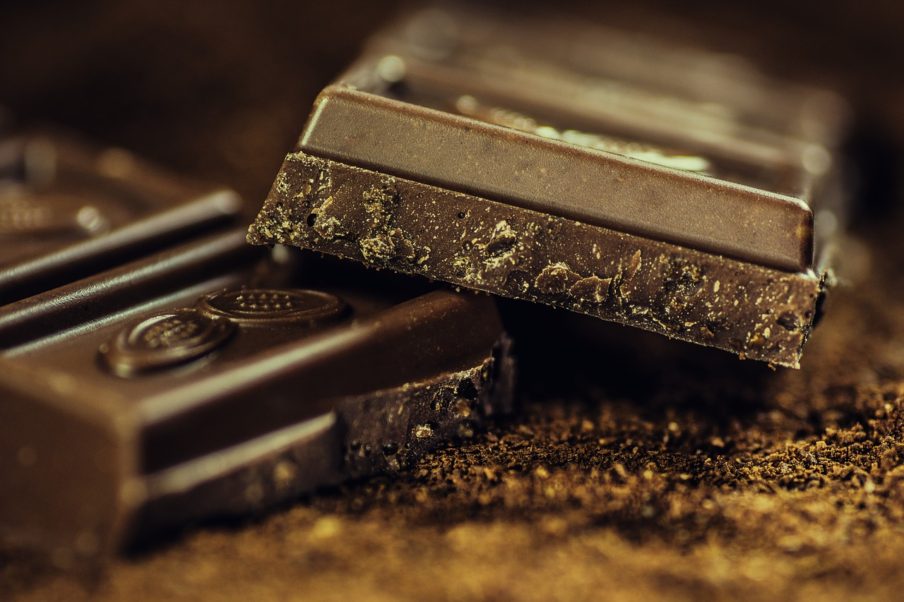 (This was originally right after the trio met up with the Adastra and they’d settled into a routine.)

Kor, Ty, and Lacy were all awake, dressed, and had sat down at the table in their quarters for breakfast. Lacy couldn’t focus on the food that Ty had prepared; there was something she needed to talk to the males about but was uncertain how to bring up the subject.

They’d already done more for her than she’d ever be able to repay—saving her from the auction and giving her a safe place amongst their ship and crew, was only the beginning—but there were still a few basic necessities that she needed. Without money to buy them herself (nor the opportunity, since there weren’t convenient stores in space) she needed to ask the males for another favor.

By the time they’d all finished their meal, Lacy had gathered her courage.

“There’s something that I’ve been meaning to ask you two about,” she began uneasily. They both noticed the unusual pitch in her voice.

Ty reached to take her hand in his own. “You can ask us anything,” he replied. She squeezed his hand once, taking comfort from his presence.

“Since I’m going to be staying here on the Adastra, there are a few things that I need.” Both males sat looking at her expectantly, so Lacy continued. “It would be nice to have a toothbrush, hairbrush, another couple sets of clothes… you know… the basics.”

Kor’s brows knit together in a frown and Lacy couldn’t tell if he was confused or cross.

“Of course there are things you need,” Ty told her patiently. “We had planned to show you how to use the replicator so that you could create things to make you more comfortable, but we got… distracted.”

Lacy knew exactly what kind of ‘distracted’ Ty meant. It was the same wonderful distraction that had her crying out their names each night. She felt a blush creep up her neck and looked away from Ty’s knowing eyes.

“Why were you nervous about asking us for these items?” Kor asked. His tone wasn’t frustrated, but curious.

“You two have already given me so much, I didn’t want to seem greedy or like I was taking advantage of you,” she answered honestly.

His features softened and he reached out a hand to brush her hair back then cup her jaw. “Never fear asking for something, Lacy. If anything, it’s our fault for not providing you with everything you required as soon as we’d left Vox.”

Kor’s eyes met Ty’s and something passed between them. Their expressions turned to ones of censure. She tried to lighten the mood.

“I guess we’re all learning together, huh?”

“That we are, little one,” Ty agreed. “Would you like to accompany us to use the replicator now?”

They each took care of their plates, donned the rest of their clothing, and headed out of their shared quarters hand in hand.

“The replicator is capable of making tens of thousands of items,” Ty told her as they walked. “But I have to admit that we’ve never heard of a ‘toothbrush’ before.”

Lacy chuckled at his confused look, and it seemed Kor didn’t understand either.

“Yes, what’s that device’s function?” he added. “You can’t brush your teeth like you brush your hair, so what do you use it for?”

Her chuckles turned to laughter. “When you combine it with toothpaste, a toothbrush is for cleaning your teeth,” she insisted.

“If you say so,” Ty replied skeptically. “But I don’t think the replicator is going to know how to make Earther dental hygiene items. It’s probably best that you stick to Arathian cleaning devices.”

Lacy agreed. She didn’t care what she used as long as her teeth felt clean and her breath was fresh.

Not far from their quarters the trio entered a small room that had a large vid screen along one wall, and a small conveyer belt on the other. The males explained that Lacy needed to select items on the screen, and then the machine would replicate them for her. Amazingly, there wasn’t a limit to her usage of the device.

“On the science fiction shows back home, replicator use is rationed throughout the crew,” she explained when the males showed confusion at her awe.

“It depends on the story, but I think it’s usually because of limited power supplies on ships.”

“Then Earthers have inadequate means of replicating,” Kor concurred with certainty. “The replicator takes particles from space and reorders the molecules, turning them into entirely new items we need. It runs on the same energy as the rest of the ship’s systems.”

Lacy laughed. “It’s all fake on Earth, Kor. We don’t have replicator technology, so storytellers use their imaginations.”

Ty and Kor focused on showing Lacy how to use the system, and before long, they left her alone to peruse and make her selections. She didn’t want to take too long in case others needed to use the machine, so she sat at the console and immediately got to work.

She looked through items and was amazed by the versatility of products the replicator could make: clothes, food, tools, complex engineering parts… it could make nearly everything on the entire ship.

Even though the males had seemed alright with her replicating whatever she needed, Lacy didn’t want to take advantage of their good nature. She replicated a few articles of clothes that were similar to her style, underwear, toiletries, a couple pairs of boots (because what girl doesn’t like boots), a cross-body satchel, and a large bag to hold everything. She hoped that Kor would let her come back another time if she remembered anything else, or if she could figure out how to replicate chocolate. It wasn’t in the database yet… she’d already checked.