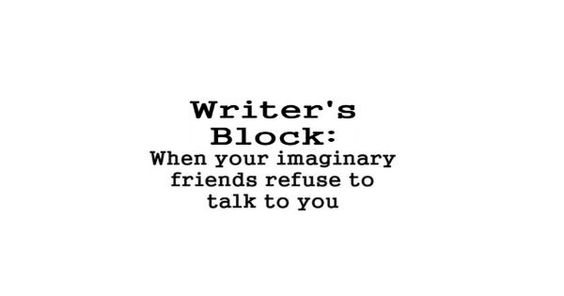 Is there such a thing as Writer’s Block?

For my next several blog posts I’m going to be answering questions that I get asked all of the time. The first one is about writer’s block and if I believe it exists.

The short answer is: YES, I believe that writer’s block exists.

Longer answer? Writer’s block is something writers don’t talk about too often. It’s sometimes whispered in dark corners as a rumor, but few would openly admit to it befalling them. I’m not such a person. I’ve experienced writer’s block, but it’s not the boogie man of the writing world like it’s made out to be.

Sometimes writers, even good writers (especially good writers), hit a wall. It can be at the beginning of a manuscript, the middle, or the end… doesn’t matter. It’s a sudden loss of inspiration that leaves a writer feeling stuck in the proverbial mud, leaving them sitting in front of their computer, hands poised to type, and mind blank. This has happened to me, as I think it’s happened to many. Writer’s block for me is when I’m stuck on a particular part of a book, and don’t know how to get it where I need it to go.

Example: in Unearthed, when I got to the ending, I hit a wall. I had a plan for what the ending would be, but when I began writing it, it felt wrong. The words didn’t come naturally and I felt like I was forcing the characters and scene to do what I wanted. In my experience, it should be the other way around: them guiding me.

How do I deal with this problem?

Step one: I walk away and go do something else. It doesn’t have to be much- maybe go for a walk, do some laundry, take a shower- but I always try to find something mindless to do. If when I sit back down, my mind is still a big-ol’-blank, then usually I stop writing for the day. I’ve realized that if I push myself too hard, what I end up writing is crap. I usually have to end up tossing it, so why it? I walk away for the day, and usually tomorrow I can return to the computer with a clearer mind and write some good stuff.

If that doesn’t work? I go on Pinterest, type in “writing prompt”, and write about anything that tickles my fancy. It doesn’t have to be long- maybe a couple hundred words- just enough to get the creative juices flowing.

Still stuck? Talk to someone. I work best when I bounce ideas off of someone else. Don’t be afraid to ask your husband, wife, parents, friends, to give you a half hour of their time so that you can run the problem by them. They won’t know your story inside and out like you do (so don’t overly criticize their input or they’ll never help you again!), but I’ve found that talking aloud helps me work out problems in my novels. This goes for writer’s block, or any problems with characters or plot.

I hope this helps and gives you some insight into my creative process. Writer’s block isn’t the boogie man, and it’s certainly nothing to be embarrassed about.